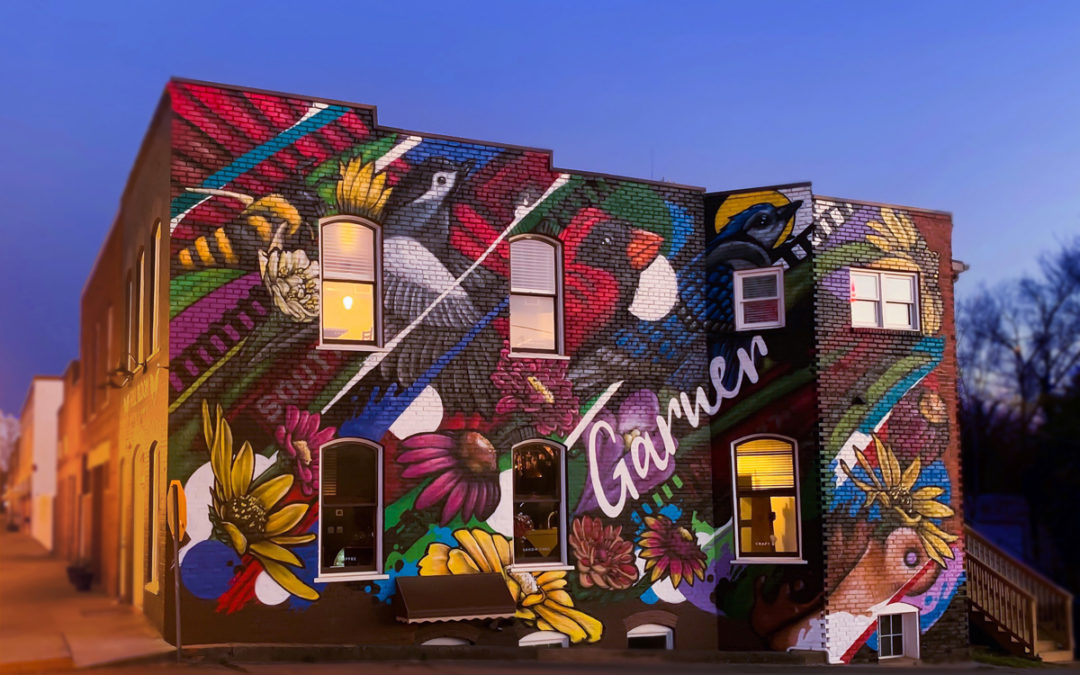 A lot of you by now have probably seen the amazing mural on the side of Full Bloom Coffee Roasters at 141 W. Main St. in Historic Downtown Garner. But do you know the story behind it? Check out this short video we did with the artist, Sean Kernick, and Downtown Development Manager Mari Howe. And if you haven’t had a chance to see the mural yet in person, you really have to come downtown and have a look. It’s a great example of public art in our community.

The mural, which incorporates imagery of native North Carolina birds and wildflowers with elements of Garner’s historic railroad heritage, was funded through a partnership between the the United Arts Council of Raleigh and Wake County, the property owner, Patrick Byrd, and the Downtown Garner Association.  We’d especially like to thank Debbie Dunn with the Garner Performing Arts Center and Garner Parks, Recreation and Cultural Resources for bringing this project to Downtown Garner.  Dunn acts as town liaison to the United Arts Council and asked DGA’s Design Committee to help identify potential properties and artists. 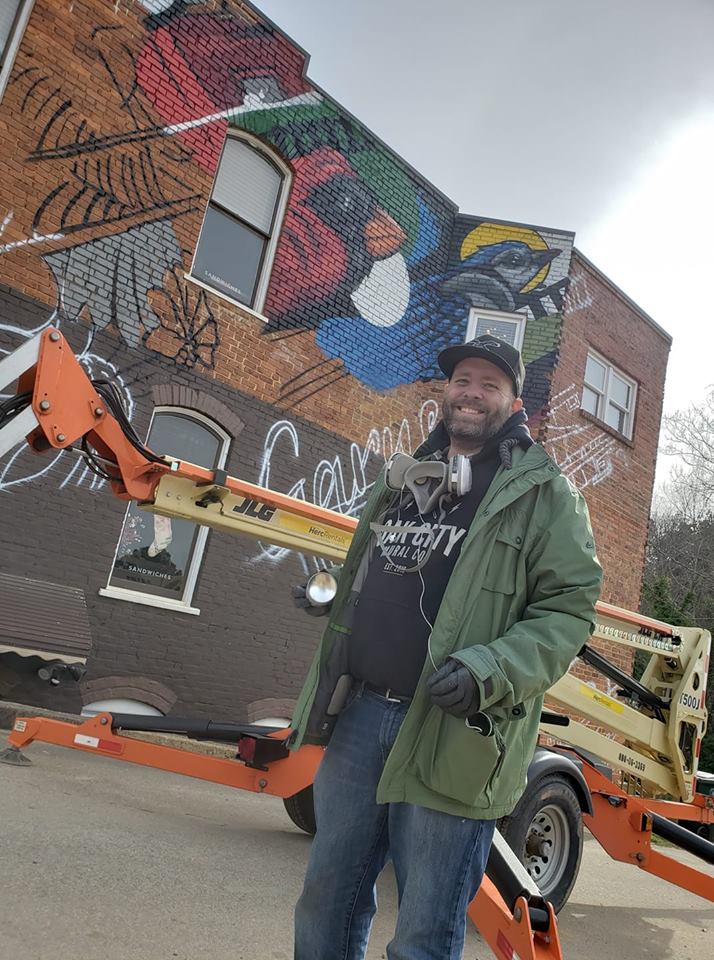 Interview filmed and edited by Adam Carroll and Rick Mercier with the Town of Garner. 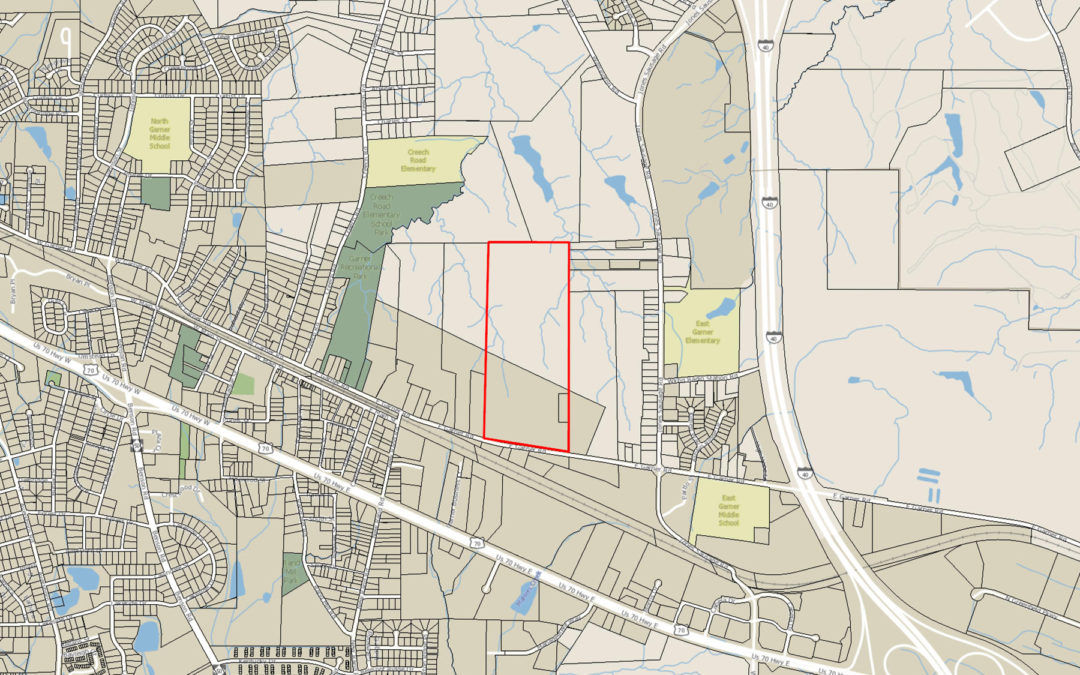 The Town Council on Monday, Feb. 4 voted unanimously 3-0 to purchase three tracts of land totaling approximately 72.5 acres at 607, 619 and 0 E. Garner Road for use as a future park, just outside of Downtown Garner. The Town will pay approximately $2.4 million for the properties and related fees and closing costs.

The Town intends to finance the purchase with a combination of fund balance and parks and recreation in-lieu fees from developers. The percentage drawn from each of those sources will be determined at a later time.

The Town has no definite plans yet for how the newly acquired land, and the structures on the site, will be developed as a park. Currently, the Town is in the midst of updating its Parks and Recreation Master Plan and will consider how best to utilize this property as part of that plan. The Town hopes to complete the plan by the end of 2019.

“We’ve just started looking at what facilities and amenities we need in our park system over the next 10 to 12 years, so this land acquisition comes at a good time for us,” said Assistant Town Manager for Operations Matt Roylance, whose duties include oversight of Garner’s Parks, Recreation and Cultural Resources Department. 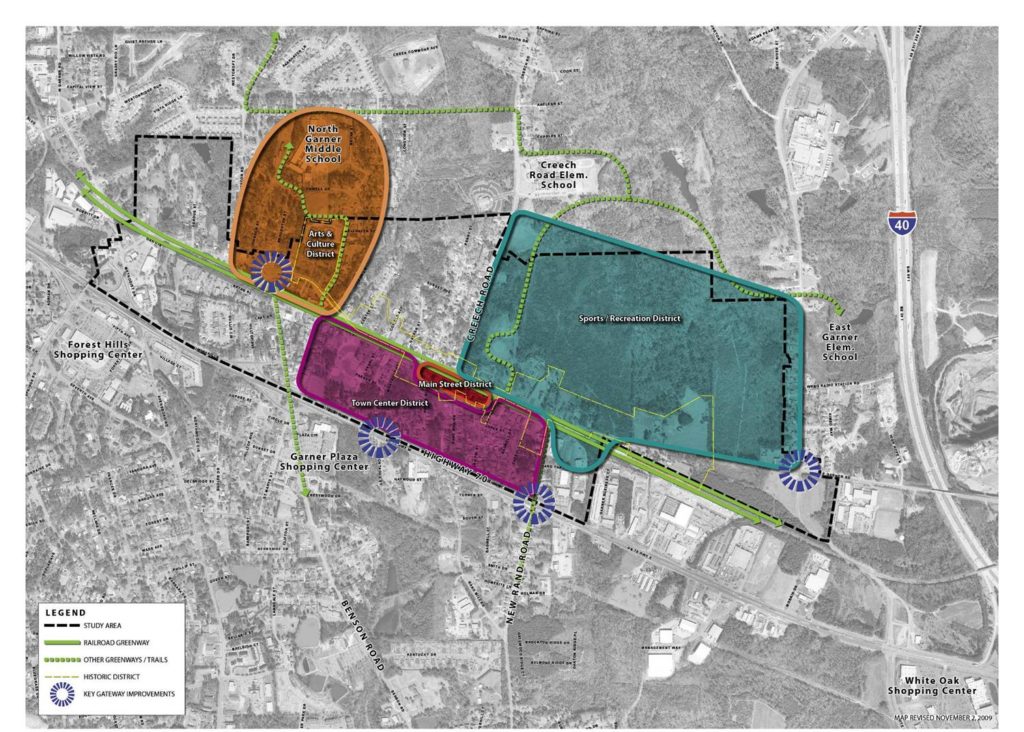 The potential for a future recreation asset on this property was included conceptually in the Historic Downtown Garner Plan back in 2009.  “Downtown is an epicenter for sports and recreation in Garner,” said Downtown Development Manager Mari Howe.  “Downtown is already home to so many important park facilities – the Garner Senior Center, the Garner Performing Arts Center, the new Recreation Center.  The addition of a new park, especially one optimized to meet Garner’s future needs, will be a great asset to the growth and revitalization of our downtown in the next several years.”