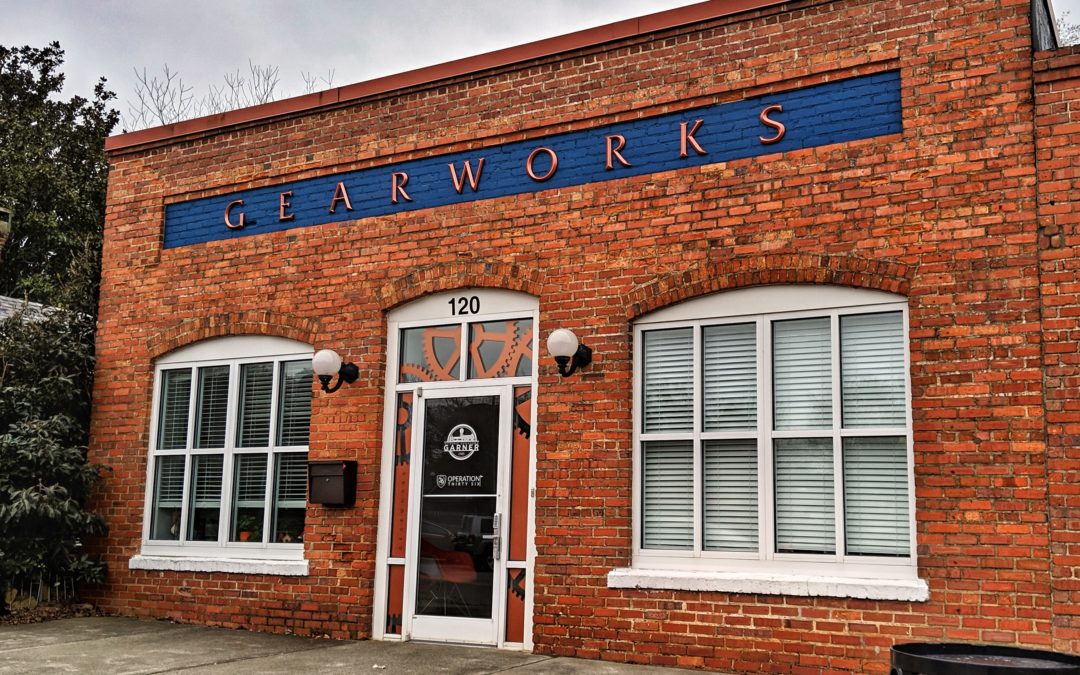 The interior of the brick storefront at 120 E. Main St. has shed its dreary look. Walls coated with whiteboard paint are covered with notes and lists written in assorted colors. A large, wall-mounted monitor in the refinished back room displays app data. And remodeled offices with fresh carpet and paint are buzzing with activity.

But it’s not just the physical environment that’s different from when the Town-owned building housed Garner Fire-Rescue administrative staff or, before that, Garner Police Department personnel. These days, Operation 36 —a fast-growing company that uses tech platforms and innovative instructional methods to teach golf to children and adults—is leasing the space. The company signed a lease in September and now has five employees working out of the building. Operation 36 shares office and conference room space with staff and volunteers for the Downtown Garner Association (DGA).

The transformed storefront has been rechristened Gearworks. First announced at the Garner Chamber of Commerce’s annual Connect conference in August, the Gearworks concept involves converting 120 E. Main into a time-limited “bridge space” for small, scalable companies that previously may have been in a co-working space or a home office but are not quite ready for market-rate office space.

The Gearworks initiative is part of a larger strategy by DGA and Garner Economic Development to grow the creative-class and tech cluster in the historic downtown by adding other businesses of a similar type to the mix.

A Growing Hub of Creative Entrepreneurship

Downtown Development Manager Mari Howe is excited to add Operation 36 to a roster of Main Street creative and tech companies that includes Rising Stream, GrafixHouse , Foosye, and Garner Underground. She says it’s easy to see why these kinds of businesses are choosing downtown.

“Downtown Garner is uniquely positioned to help creative and tech businesses bridge the gap from small-scale startups to growing companies with a growing workforce,” Howe says. “We’ve heard from several businesses who were growing out of Raleigh’s co-working spaces, but weren’t quite ready for the regular office park gig. Many had their eye on historic buildings in Downtown Garner that offer creative, affordable workspaces while still being close to the region’s bustling entrepreneurial ecosystem.”

“We’re really appreciative of this space,” says Ryan Dailey, co-founder and chief operating officer for Operation 36. “Our staff is excited to be here. It’s a really cool part of town to be in—it’s really upbeat.”

Howe notes that the Downtown Garner environment provides invigorating entrepreneurial support for companies such as Operation 36.

“The entrepreneurial business mix in Downtown Garner essentially serves as a giant tech incubator,” she says. “Gearworks tenants can walk up and down the business district, talking with other tech companies about the start-up process and crowd sourcing input from others who’ve gone through the same problems before.”

Gearworks tenants not only will receive a multitude of benefits; they will also give back to the community. As part of the leasing arrangement, Gearworks tenants agree to participate in some form of community service or mentoring projects while they are leasing space at 120 E. Main. Operation 36 is still working with Garner Economic Development on the details of its service or mentoring.

A New Twist on an Old Game

Operation 36 is a network of over 350 golf professionals in over 300 locations internationally who focus on new players’ long-term development as golfers. The goal of instruction is to help beginner golfers to achieve a score of 36 for nine holes. But there’s a catch: The new golfers start only 25 yards from the hole each hole.

“We fell on top of a really cool concept of starting closer to the hole where anyone—even a beginner—could have success,” Dailey says.

Dailey and Operation 36 co-founder Matt Reagan also decided to make golf instruction a group activity. “It should mirror the successful programs like gymnastics and dance and karate where you’re surrounded by kids of the same age who are working together towards different goals,” Dailey says.

The Operation 36 approach also focuses on getting new golfers out on the course as much as possible. That seems obvious, but not all golf instruction makes that a priority, Dailey and Reagan say.

“You gotta play the game and get out on the golf course to really enjoy what golf has to offer,” Dailey says. 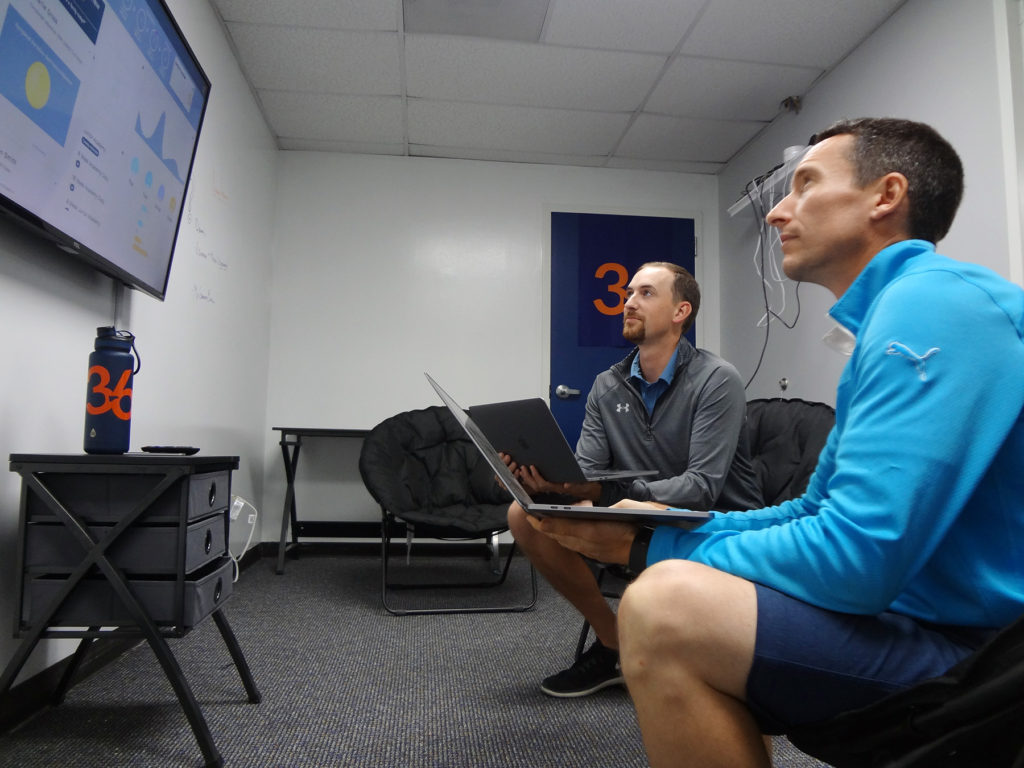 The company has also developed an app that all of its golf students use (therein lies the tech side of Operation 36). The app enables the students to see their progress over time.

“You can’t improve what you can’t measure. We’re the only company that actually measures whether you’re creating a golfer,” Dailey says.

Awhile back, moms and dads of the youngsters taking lessons with Operation 36 started asking about adapting the company’s methods for adults. As a result, Dailey and Reagan developed instructional options for grownups too.

Operation 36 has devised a winning formula for making new golfers of both young people and adults. And, as the company scales up, Gearworks will be a part of that formula. It figures to be the first of many success stories for Downtown Garner’s new bridge space in the coming years.

Article written by Rick Mercier, Communications Director for the Town of Garner.